Cities and villages Towns / Cities Area Stredné Považie
Menu
informations
contact
gallery
opening hours
tips on experience around
favorites
Comments (0)
interactive with map
share on
1 rating
8.6.2021 09:05
According to the number of inhabitants, area and population density, Myjava is the 61st city of all 138 Slovak cities and has 61 streets. It is located in the western part of the Trenčín region, in the area of the Myjava Uplands and is the natural center of the Kopaničiar region lying between Horňácko (Czech Republic), Záhorie and Považie.
more informations

According to the number of inhabitants, area and population density, Myjava is the 61st city of all 138 Slovak cities and has 61 streets. It is located in the western part of the Trenčín region, in the area of the Myjava Uplands and is the natural center of the Kopaničiar region lying between Horňácko (Czech Republic), Záhorie and Považie. 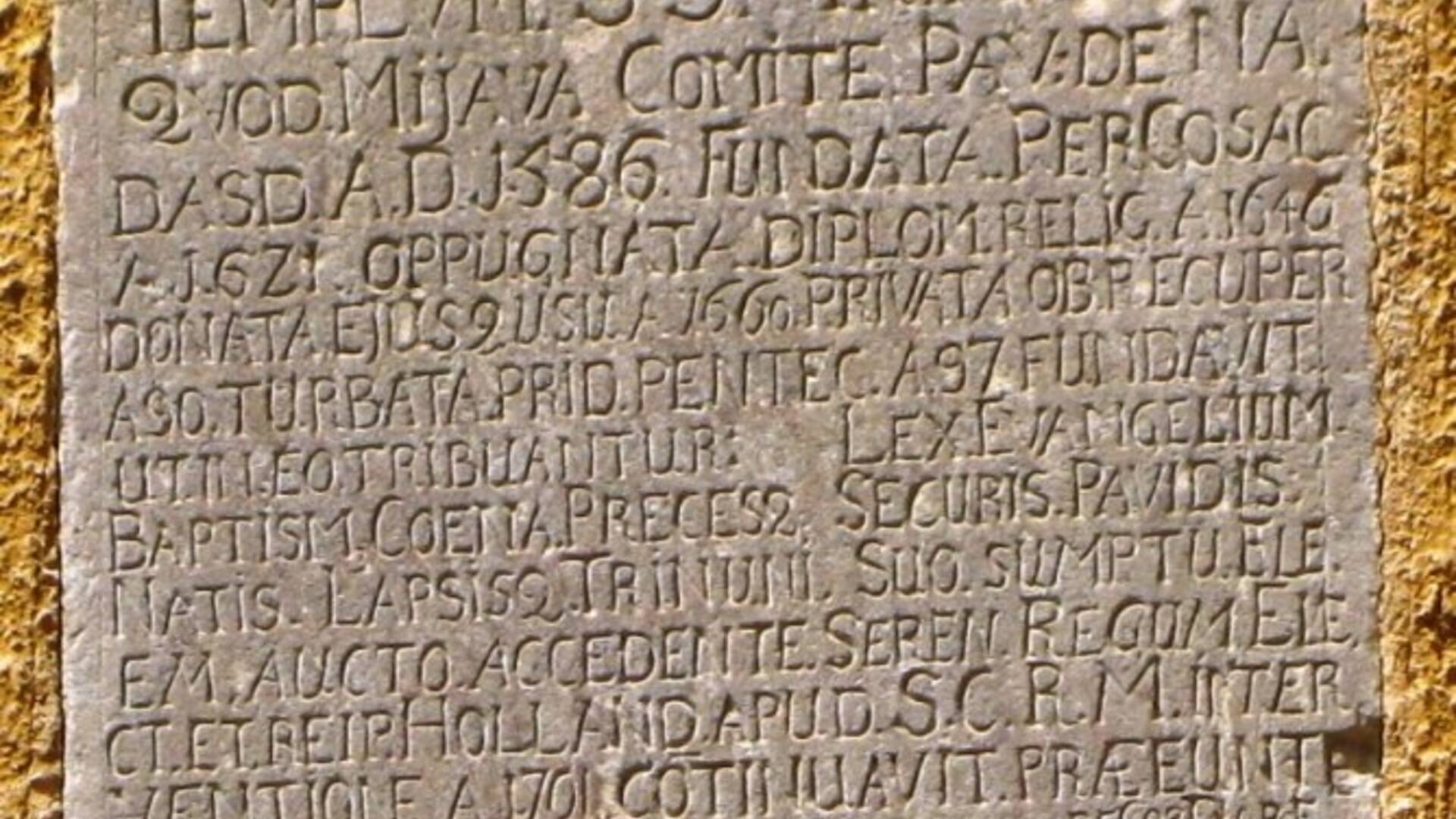 According to available sources, Myjava as a village - a village with serf settlements - was founded in 1586. This year, in 1701, Superintendent Daniel Krman Jr. stated on a memorial stone plaque located on the current Roman Catholic church in Myjava, originally an Evangelical church. However, Majer Myawa is mentioned as early as 1436 as a member of Čachtice Castle and under the name Myjavka - Myjava it is mentioned again in 1502 in the inventory of the Branč estate and in a document of King Ferdinand from 1547 as a prize of Mijawka. Part of it - an independent village until 1980 - Turá Lúka was founded in 1580 as the village of Turopole, which is also documented by the inscription on the current Turoluc Roman Catholic church from 1610. It follows from the above that the area of today's Myjava alternately belonged to the estates of castles Its first colonization wave was formed after the battle of Mohács in 1526 by the Turks fleeing inhabitants from the then southern parts of Slovakia, came from Považie and Slovak Pomoravia and the second wave, the so-called Wallachian, in turn consisted of residents from the Trenčín and Orava capital. The list of the Nitra capital from 1589 states that in Myjava there were 99 houses from which the tax was to be paid, in Turá Lúka there were 108 houses. All peasant and iron houses were to be listed here, as well as other houses if they were not built. in the manner of earthly mansions and were inhabited. In addition to these inventories, the oldest written document on the existence of the village of Myjava (Vagyocz et Myawa) is a deed of donation from 1603 made on the occasion of the introduction of František Nádašdy - otherwise the husband of the famous "Bloody Countess" Elizabeth Báthory - the Esztergom Chapter. Nádašdy also defended his claim to the possession of Myjava in a dispute with the Nyáry family from Branč Castle, and after the aforementioned year 1603, a similar problem arose between the two neighboring estates.

In the 17th century, the property was divided as part of the heritage between the children of František Nádašdy and Alžbeta Báthoryová. From 1617, Myjava was divided into two parts - Nádašdy and Druget. We learn from the landowners of the Čachtice estate that the population of Myjava was still growing at that time. From this period, it is worth mentioning the event of November 25, 1621, when the Kopaničiari had to defend themselves against German and Cossack troops in the church tower. The Myjavans joined the Bethlen uprising and launched a successful attack on the Polish Cossack unit near Rohatec. Revenge did not take long. On November 24, 1621, the Cossacks led by the princes of Krnov attracted to Turú Lúka, where they slept. The Turolucans managed to warn the Myjavans in time and they decided to defend themselves. The struggle itself, in which about 80 Myjava people and the prince of Krnov himself fell, is also mentioned in the period poem (song) Myjava and the Cossacks. The soldiers won the battle, burned down the church, the parish and the houses, ravaged and dragged Myjava away. In 1625, Pavel Nádašdy received 60,000 gold coins from his wife Judita Révay to restore the destroyed parts of the manor, including Myjava.
In the 17th century, the population of Myjava was essentially farming, engaged in tillage and the breeding of cattle, horses and sheep. At that time, the existing crafts did not yet serve the market, but especially for the needs of domestic settlers. For example, in the land register from 1617, people mentioned in blacksmithing, wheelwrighting, shoemaking, butchery, milling, trough or weaving are mentioned. In the censuses from the middle of the 17th century there are 27 craftsmen in Myjava and the first guild - furrier (blanársky) - was founded here in 1676. In 1661 there were 37 peasants (settlements), 62 old and 33 new jailers in the Nádašdy district of Myjava. 36 jailers living in other houses and 13 families who did not have houses in the village but lived in kopanice. Comparable documents from the Drugethov part of Myjava were not preserved in the same period. 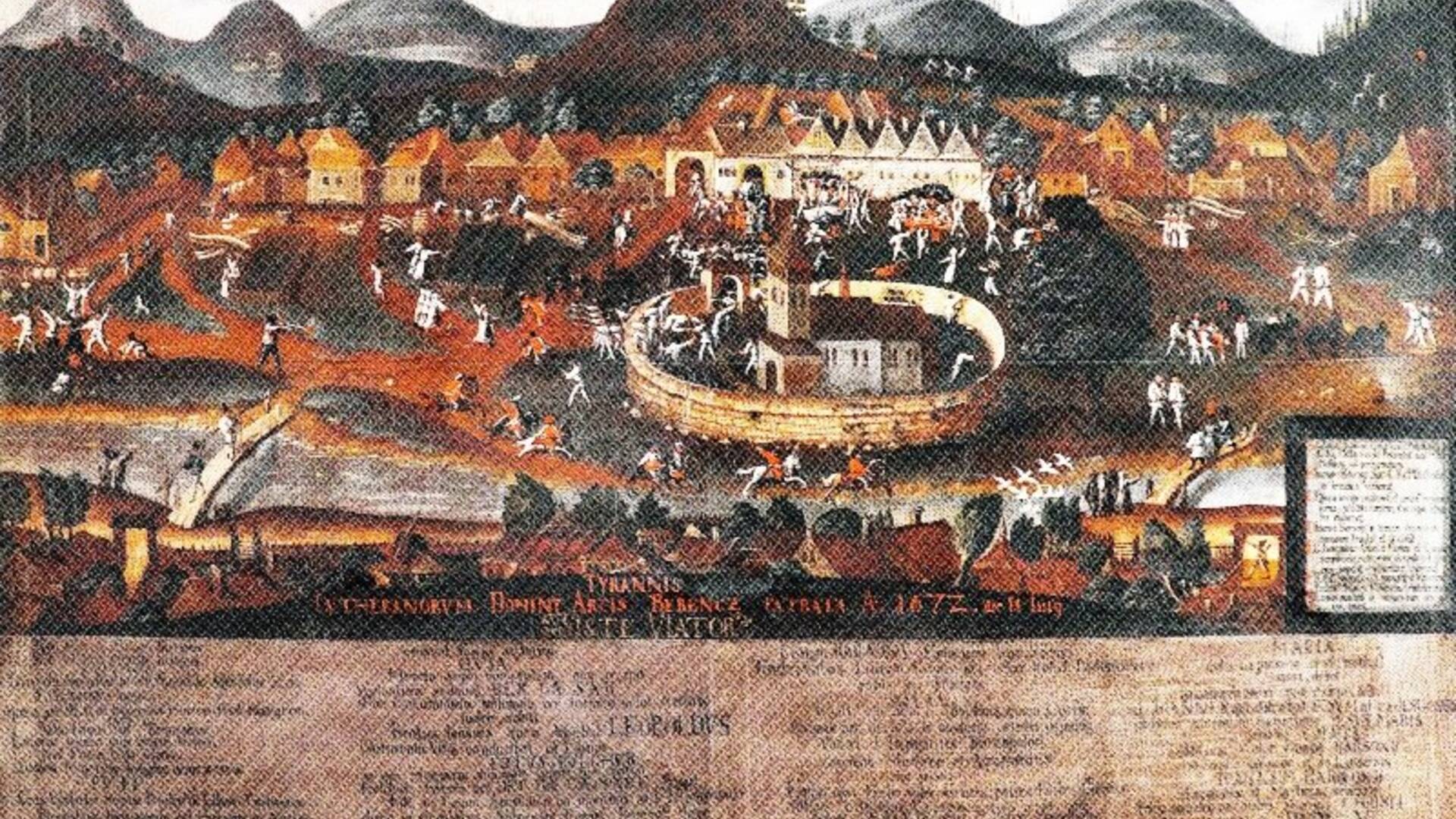 The turbulent years of the 17th century were marked not only by uprisings and struggles, but also by anti-Reformation efforts and the removal of churches by evangelicals. Myjava didn't avoid it either. In 1643, the holder of the Čachtice estate, František Nádašdy Jr., converted to the Catholic faith and married Anna Esterházy's palatine daughter, Mikuláš Esterházy. As a result, the evangelical and the arrival of the Catholic pastor in Myjava. It was the removal of churches that was one of the reasons for the uprising of Prince Juraj Rákoczi of Transylvania against the Habsburgs in 1644. A year later, the emperor made peace with Rákoczi and in 1646 a letter of protection was issued The situation began to change again after the accession of the new monarch Leopold I, when the Catholic feudal lords began to speak more sharply against the Evangelicals. At the order of František Nádašdy Jr. Daniel Krman Sr. had to leave Myjava, who took refuge for a short time in Turú Lúka and then in Bobot in the Trenčín capital. Nádašdy Jr. later became involved in Wesselényi's conspiracy against the Habsburgs, for which he was beheaded in Vienna, but the conditions in the Čachtice estate were not relaxed and the church was no longer returned to the Evangelicals. On the contrary. Religious disobedience continued and from this period an event called the Turolúcka uprising is known. It took place on July 14, 1672 in Turej Lúka, when the Turolucans and the inhabitants of nearby Bukovec decided to defend their church from being taken away with a gun in their hand. They opposed the procession of the Grand Duchy of Bishop Juraj Bársony, who visited the property of all churches in the Esztergom and Nitra dioceses and killed the bishop's brother, pronotary Ján Bársony and other members of the procession. The court met in this matter on September 5, 1672 in Sobotiště, and the result was the execution of 12 evangelicals on the hill Hrajky in Tura Luka, where today we find a memorial dedicated to this event. Religious intolerance continued to cause much unrest in the region in the following years (Senická uprising, burning of villages by Arnošt Strahemberg's army and Croatian companies of Colonel Collalda, extermination of Catholic priests in Myjava, Turej Lúka and Brezová and the like). The situation was corrected only after the issue of a tolerance patent by Emperor Joseph II. October 13, 1781, to which the Myjavans responded by building a new church, the foundations of which were laid on April 21, 1784 and completed and consecrated on November 8, 1785. The tower - now known as the Myjava Tower - was added to it in 1854-1856. It measures 67 meters and the cross at its top is 7 meters high. 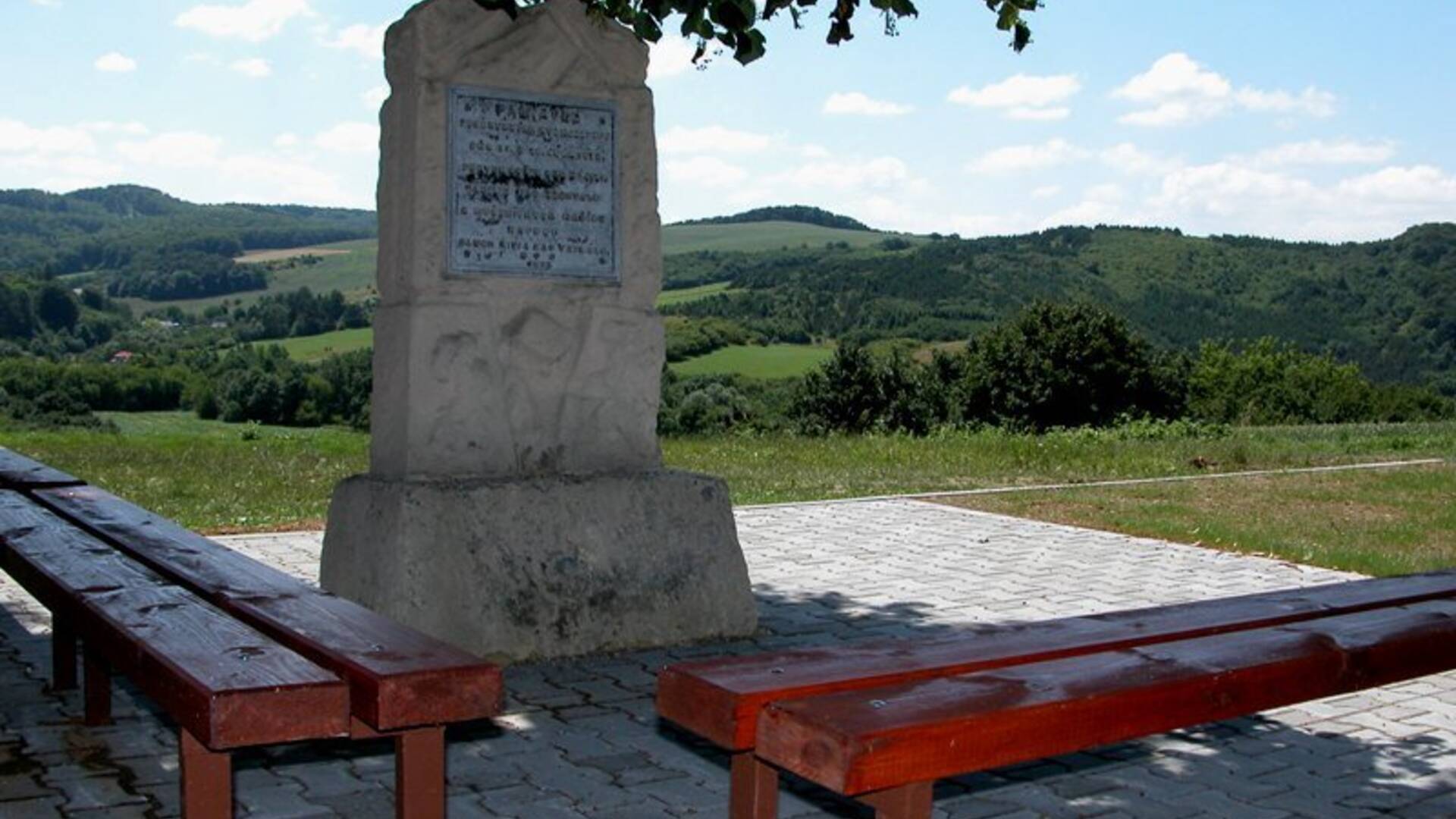 However, let us go back to 1663, when an armed conflict arose between the Habsburgs and the Ottoman Empire. After their move from Istanbul to the north side of the Danube, Turkish troops began to besiege Nové Zámky, and the Tatars from Crimea came to their aid. However, they also made raids deep into the territory of today's Slovakia. On September 5, 1663, Myjava and Turú Lúka also fell for the first time, followed by further incursions on September 16 and October 10 of the same year. Daniel Krman Jr. in his writings he states that the Tatars then dragged 707 people from Myjava and some of them landed directly in the village. Myjava was so devastated after these events that in the autumn of 1663 she was unable to serve her masters.
Despite all the unfavorable historical events, the population of Myjava continued to grow, and the nationwide Hungarian census carried out in 1828 shows that 1625 heads of families lived in Myjava at that time and there were 1,103 taxable houses. There were 88 farmers, 1319 jailers, 153 jailers - homeless jailers, 82 craftsmen and one merchant. Of the master craftsmen, Myjava had 35 bag makers, 21 millers, 11 butchers, one baker, one coopers, four blacksmiths, one buttonmaker, two furriers, one master of carpentry, belt, tailoring, tannery, hatter and one pine manufacturer. At that time, the Myjavans bred 120 oxen, 1442 cows, 235 heifers and bulls, 365 horses, 3064 sheep and 69 pigs. 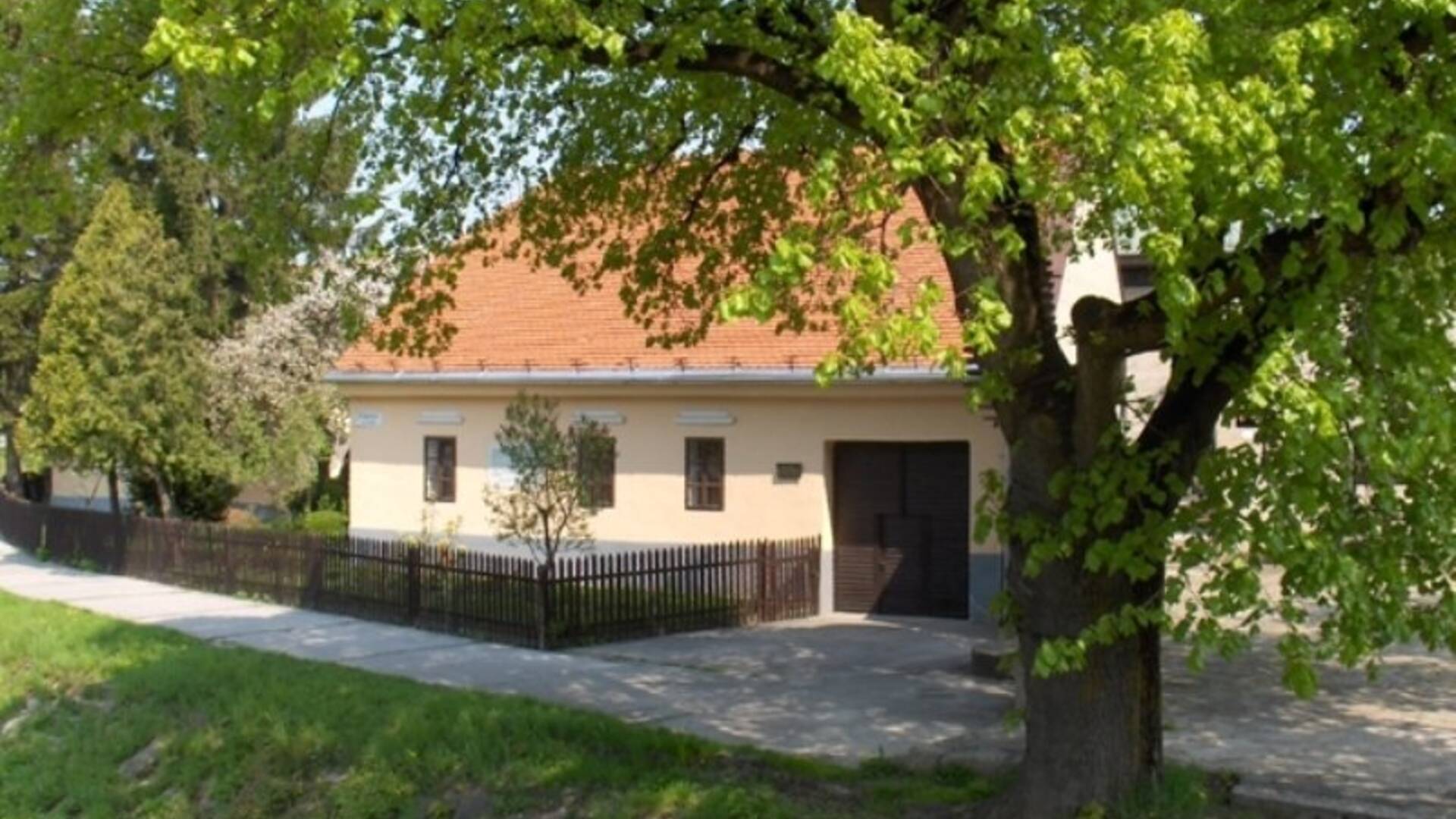 An important period in the history of Myjava is the national revival in the 18th and 19th centuries and especially then the events of the eighth years, by which the "Kopaničia metropolis" was significantly written into Slovak history. Hungary as such has been a multi-ethnic state since its inception, but in the 1990s, a high nobility of Hungarian origin began to come to the fore. It enforced a package of laws in its favor and, for example, the law of 1790 - 1791 introduced Hungarian as an extraordinary subject in all secondary and higher schools in Hungary, ie also in Slovakia. Under the influence of these political moves, the question of nationality began to gain in importance as several nations felt the need for self-determination and began to claim their rights. Of course, Slovaks are among them. Already in the first generation of Slovak national awakeners we find a Myjava native - the rector, pastor and journalist - Ján Vyskydenský, then the Evangelical pastor Samuel Kolény, teacher Pavel Jakubovič, poet Ján Trokan and others. Life in the national spirit began to flourish in Myjava also thanks to Jozef Miloslav Hurban, a chaplain in Brezová pod Bradlom and a priest in Hlboky. And it was at the parish in Hlboky that a meeting of Ľudovít Štúr, Jozef Miloslav Hurban and Michal Miloslav Hodža took place in 1843, at which they decided to enact a new standard Slovak language based on the Central Slovak dialect and also called Štúr's Slovak. This created an opportunity to unite evangelicals and Catholics on the basis of a new literary language and to strengthen national unity. The result of these efforts was the elaboration of the Requests of the Slovak Nation - a program with 14 points, which was presented on May 10, 1848 at a nationwide meeting in Liptovský Mikuláš. The Hungarian government subsequently reacted to the development of the situation by issuing arrest warrants for Hurban, Hodža and Štúr, who, however, managed to escape to Moravia and Bohemia, and on June 2, 1848, they took part in the Slavonic Congress in Prague. And here we have to look for the germ of the Slovak National Council, which was officially constituted on September 16, 1848 in Vienna. Hurban, Hodža and Štúr, military Bedřich Bloudek, František Zach and Janeček were in charge of political affairs, and Bohuš Nosák and Daniel Jaroslav Bórik became two secretaries.

Cities and villages Towns / Cities Area Stredné Považie
Transport: By foot, By bike, By car, By train, By bus
Parking: Free parking nearby