Places for trip Castles Ruins Area Abov
Menu
informations
contact
gallery
opening hours
tips on experience around
favorites
Comments (0)
interactive with map
share on
0 ratings
The medieval stone castle near Obišovce belongs to a series of those castles that began to be built in Hungary after 1241 and disappeared on the border of 15-16. century at the time of increased fortification.
more informations

The medieval stone castle near Obišovce belongs to a series of those castles that began to be built in Hungary after 1241 and disappeared on the border of 15-16. century at the time of increased fortification.

The chateau lies above the left bank of the Svinka River on the domed promontory of Montenegro in the Sopotnícke vrchy subunit. The chateau is a conical hill with steeply sloping slopes. The area of the castle itself was enriched by relatively high ramparts and a relatively deep moat on the inside of the rampart.

The entire castle complex consists of a medieval access road, an outer rampart with an inner moat, a castle wall with an entrance gate, a guard room, a palace tower and its own courtyard with a cistern. The driveway is still clearly visible today. It led from Obišovice along the southern slope and led to its own area from the east side, probably by a drawbridge. The rampart was simple and topped with local material.

A large part of the rampart was created in such a way that a ditch was deepened on its inner side and the material from it was used both for the construction of brick fortifications and for the construction of the rampart. The castle moat, just like the rampart, can still be recognized today. Its bottom was several meters deeper than the bottom of the current ditch. The castle wall still represents a solid stone building today. According to the mutual overhangs of the castle wall, the castle tower and the castle palace, it was found that the castle wall was built in the first stage of the fortification facility. 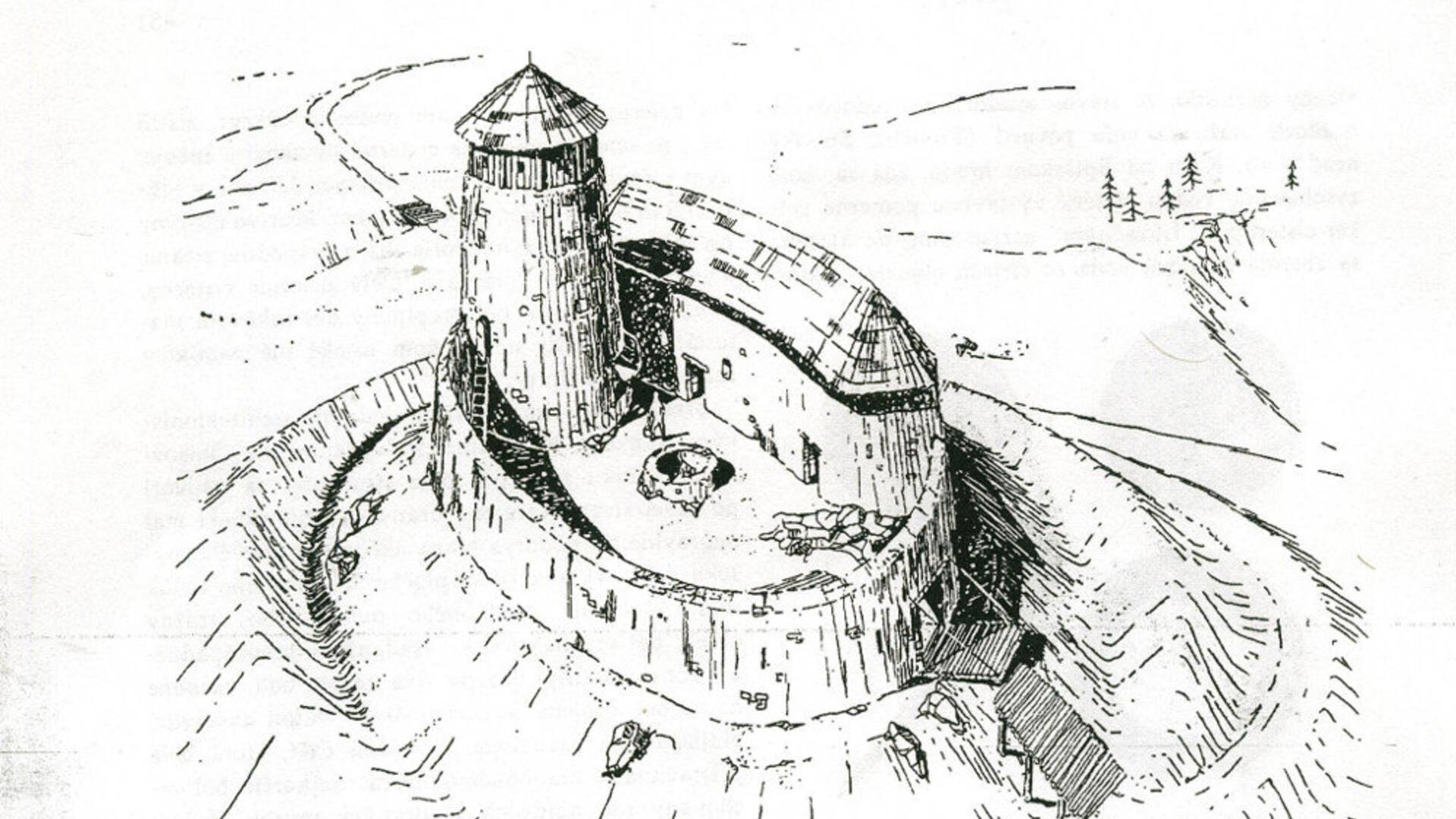 Much of the courtyard was paved. The castle tower stood on the eastern side of the site, at its highest point. Depending on the thickness of the masonry and the amount of destructive material, it is clear that the tower was at least three-storey and was built later than the castle wall. On the ground floor, she leaned against the castle wall, starting on the first floor, resting on it and growing out of it. The palace had an irregular elongated floor plan. It was built on the south side of the site and wedged between the main wall and the castle tower.

A cistern was also discovered in the courtyard. The foundations of masonry were discovered by archaeological research in the years 1961 - 1962. The chronological classification of material obtained by archaeological research confirms the opinion that Obišov's medieval castle, about which no written sources could be found, probably succumbed to the Hradec Králové efforts of Hungarian kings in the 15th century. The repair of the castle began in 2012 and continues to this day.

Under the castle there is a shelter with a fireplace and a covered attic with a capacity of approximately 8 seats.

The castle is taken care of by OZ Rákociho cesta in cooperation with the village of Obišovce.

How to get to the castle

Places for trip Castles Ruins Area Abov
Transport: By foot, By bike, By car, By train, By bus
Parking: Free parking nearby