Places for trip Castles Galleries Museums Area Bratislava
informations
contact
gallery
opening hours
tips on experience around
favorites
Comments (0)
interactive with map
share on
1 rating
8.6.2021 09:05
History
The settlement of Bratislava's castle hill dates back to prehistoric times. They took advantage of the advantageous position above the Danube River to build a high settlement already in the Eneolithic period (approximately 2,500 years BC) and also in the older well-iron (8th-6th century BC).
more informations

The settlement of Bratislava's castle hill dates back to prehistoric times. They took advantage of the advantageous position above the Danube River to build a high settlement already in the Eneolithic period (approximately 2,500 years BC) and also in the older well-iron (8th-6th century BC).

After the end of the Great Moravian Empire, the Hungarians conquered and destroyed the seat on the Bratislava castle hill, but when building the Hungarian state, they also took advantage of the advantageous location and built their castle there, which in the 11th century also became the seat of one of the counties. In connection with the new function, a new church dedicated to the Blessed Virgin Mary was also built on the remains of the Great Moravian Basilica. To the Savior, with whom the Bratislava Chapter was established, which served, among other things, as a credible place, a kind of predecessor of the notary's office. In the 1970s, the castle was the seat of King Solomon of Hungary, who fought Gejz. In the second half of the 12th century, a stone Romanesque palace was built on the castle.

The period of the 13th century is marked by extensive construction activity, largely conditioned by the invasion of the Tatars, which Bratislava Castle defended, however. Perhaps before 1245 a representative residential tower was built - donjon, with a floor plan of 22 x 22 meters, while the thickness of its walls reached 2.35 meters. After the Tartar invasion, an extensive reconstruction of the entire castle began, the aim of which was to increase the resistance of the still timber fortifications of the castle grounds. Therefore, stone towers were built directly into the rampart. During this period, the oldest part of today's castle was built - the Crown Tower in the southwest corner. It was part of the fortifications of the acropolis of Bratislava Castle with the mentioned dairy. 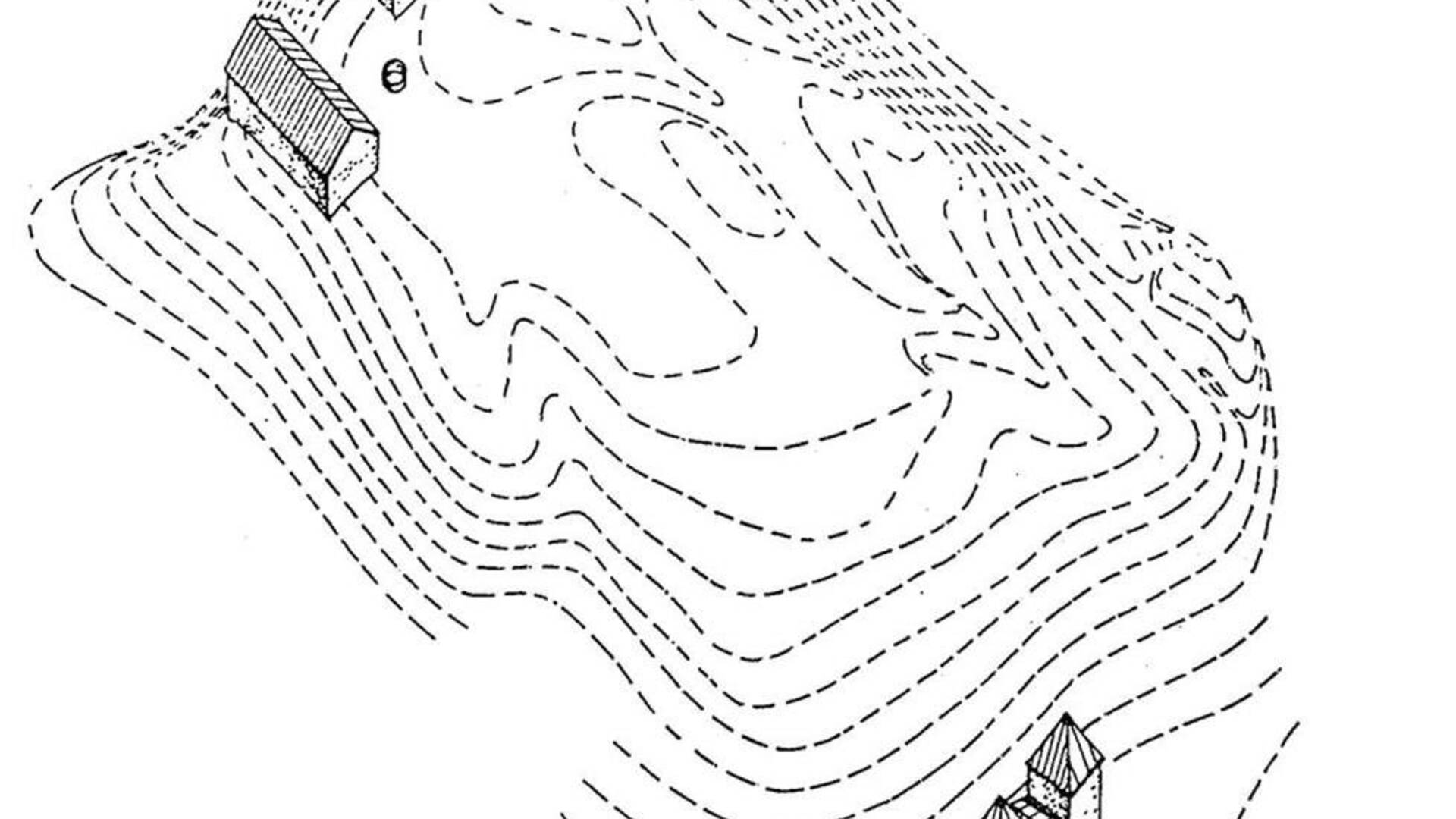 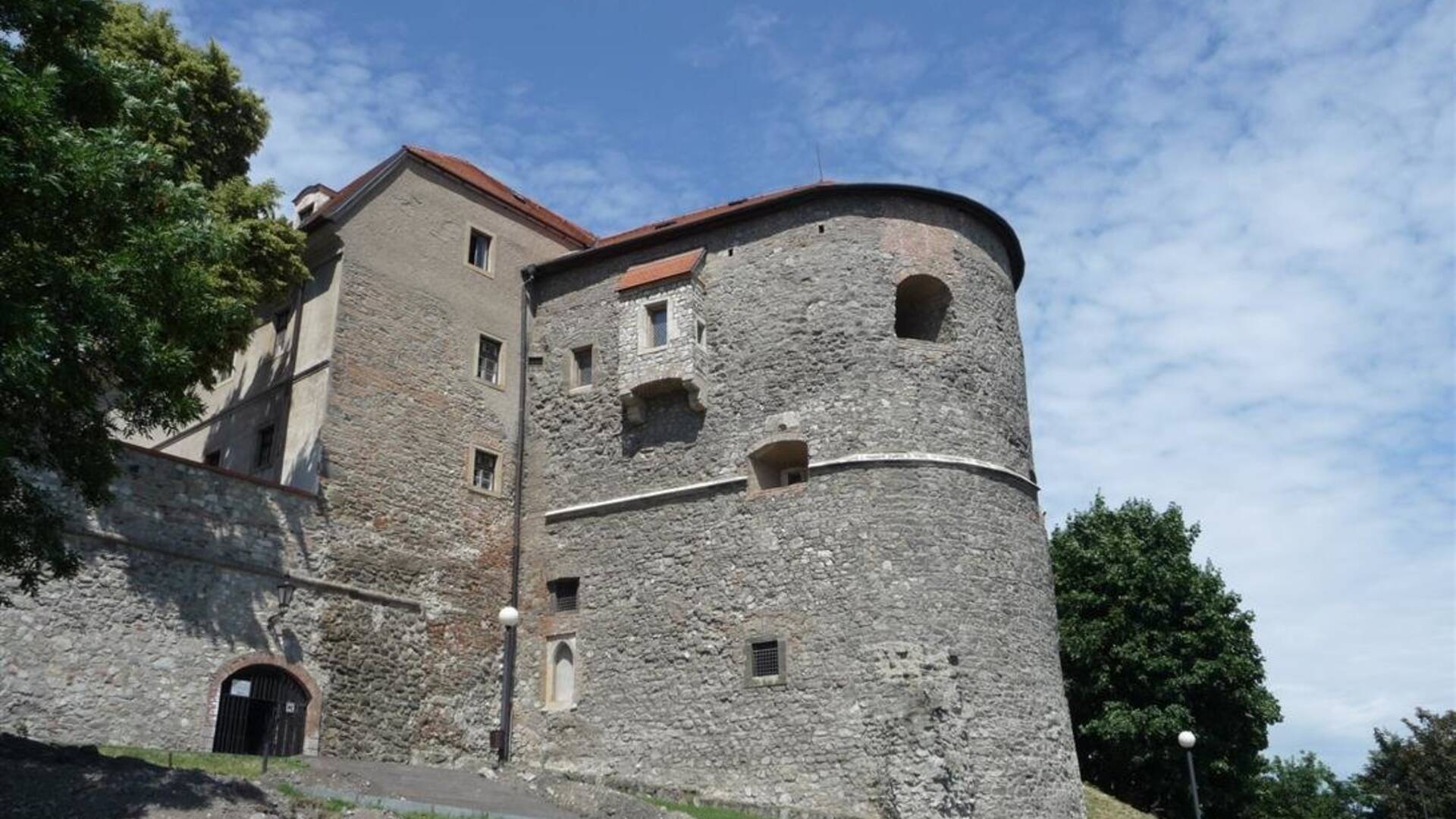 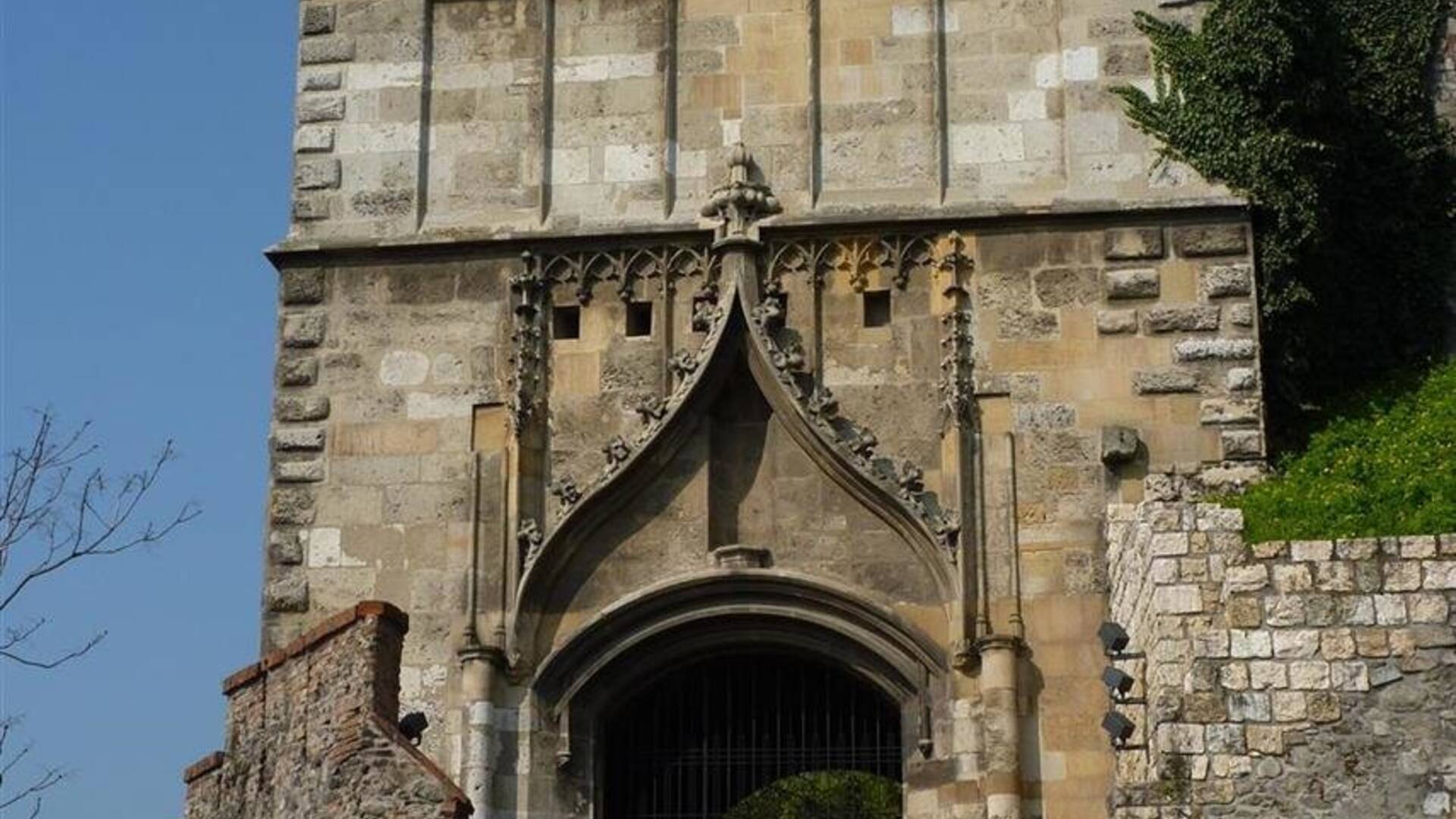 Extensive reconstruction also affected the very core of the castle with living spaces. The massive donjon together with most of the fortifications of the acropolis were demolished and replaced by a massive four-winged building on the ground plan of an irregular trapezoid. It was a similar type of fortified royal residence, as we know from Zvolen or Vígľaš, and which is connected to the Italian castles. In the southern and eastern wings of the castle were residential and representative spaces, the other two wings were used for economic and operational purposes.
The unfurnished building was used as his seat for several years by the Hungarian king Ladislav Pohrobok, after whose death (in 1454) the importance of the castle declined.

The card was reversed in connection with the expansion of the Ottoman Empire, whose troops conquered the then capital of Hungary, Buda, in 1529. Bratislava became the new capital of the kingdom, which was already ruled by the Habsburgs, and Bratislava Castle underwent a renaissance reconstruction in this connection in the years 1552 - 62. A year after the reconstruction, festivities connected with the coronation of Maximilian II took place. for the King of Hungary. From the second half of the 16th century until the reign of Joseph II. the Crown Tower was a place of preservation of Hungarian coronation jewels.

The war events of the Turkish wars and anti-Habsburg uprisings also affected Bratislava Castle, whose poor condition required extensive Baroque restoration after 1629 by the imperial architect Carlon. Pavol Pálfi, as the hereditary captain of Bratislava Castle, also supervised the construction. The roofs of the castle were replaced, the palace was built up one floor, thus gaining today's proportions. They built turrets on three corners and there was also a unification of facades and interior modifications. The fortifications of the castle were strengthened by the construction of the so-called Leopold's Bastion.

During the reign of Maria Theresa, the Bratislava Castle complex underwent extensive reconstruction for the needs of the Hungarian queen's residence. At that time, the castle also became the seat of the Hungarian governor Albert of Saxony-Tešín. In addition to modifications to the castle itself, which were to increase its representativeness and comfort, it was also expanded by several outbuildings. From the eastern side, vol. Theresian, where there were living quarters, a covered riding hall was added from the north, together with a baroque garden and a garden pavilion. An economic extension was added to the west side.

A turning point in the history of Bratislava Castle was the arrival of Joseph II. to the royal throne. He abolished the office of Hungarian governor and moved the regional offices from Bratislava to Vienna. As a result, the recently completed castle lost its use in the form of a representative residence. In 1784, a general seminary settled here, which educated priests of the Catholic Church. One of its graduates was, for example, Anton Bernolák. However, the castle did not suit the new purpose very well.

The new user of Bratislava Castle became the army in 1802 and the original representative premises were changed into dormitories for soldiers. This also made the castle fatal, as in 1811 the soldiers carelessly caused a fire, during which the palace building and many houses in the castle grounds burned down. The palace was turned into a ruin, but the castle grounds were still used by the army for its own needs.
This situation began to change after the Second World War, when the army left Bratislava Castle. The first civil use of the castle grounds was the construction of an amphitheater on the northern terrace of the castle, during which there was a significant impact on the terrain.

The castle itself was restored in 1953. The idea was initiated by the writer and painter Janko Alexy and the authors of the project Alfred Piffl and Dušan Martinček. Reconstruction works took place in the years 1956 - 68 and their goal was to restore the castle to its form from the Theresian period. The castle, already as a national cultural monument, became a space for expositions of the Slovak National Museum and there were also representative spaces of the Slovak National Council.

Another comprehensive restoration of the castle itself, this time associated with detailed archaeological and historical-architectural research, took place in 2008 - 2014. It was funded by the National Council of the Slovak Republic and is part of a large-scale project to reconstruct the appearance of the castle and its surroundings. reconstruction during the reign of Maria Theresa. It also includes the restoration of no longer preserved parts of the castle, including the northern garden with a garden pavilion. The research prior to the reconstruction brought several interesting and hitherto unknown findings about the history of the castle and the older settlement.