The town of Bojnice

Cities and villages Towns / Cities Area Ponitrie
Menu
informations
contact
gallery
opening hours
tips on experience around
favorites
Comments (0)
interactive with map
share on
0 ratings
Bojnice was granted the status of a town in 1966 and its position as an important center of Slovakia in terms of spa and tourism is contributed not only by natural conditions and interesting sights, but also by a number of cultural, sports and tourist activities.
more informations

The town of Bojnice

Bojnice was granted the status of a town in 1966 and its position as an important center of Slovakia in terms of spa and tourism is contributed not only by natural conditions and interesting sights, but also by a number of cultural, sports and tourist activities. 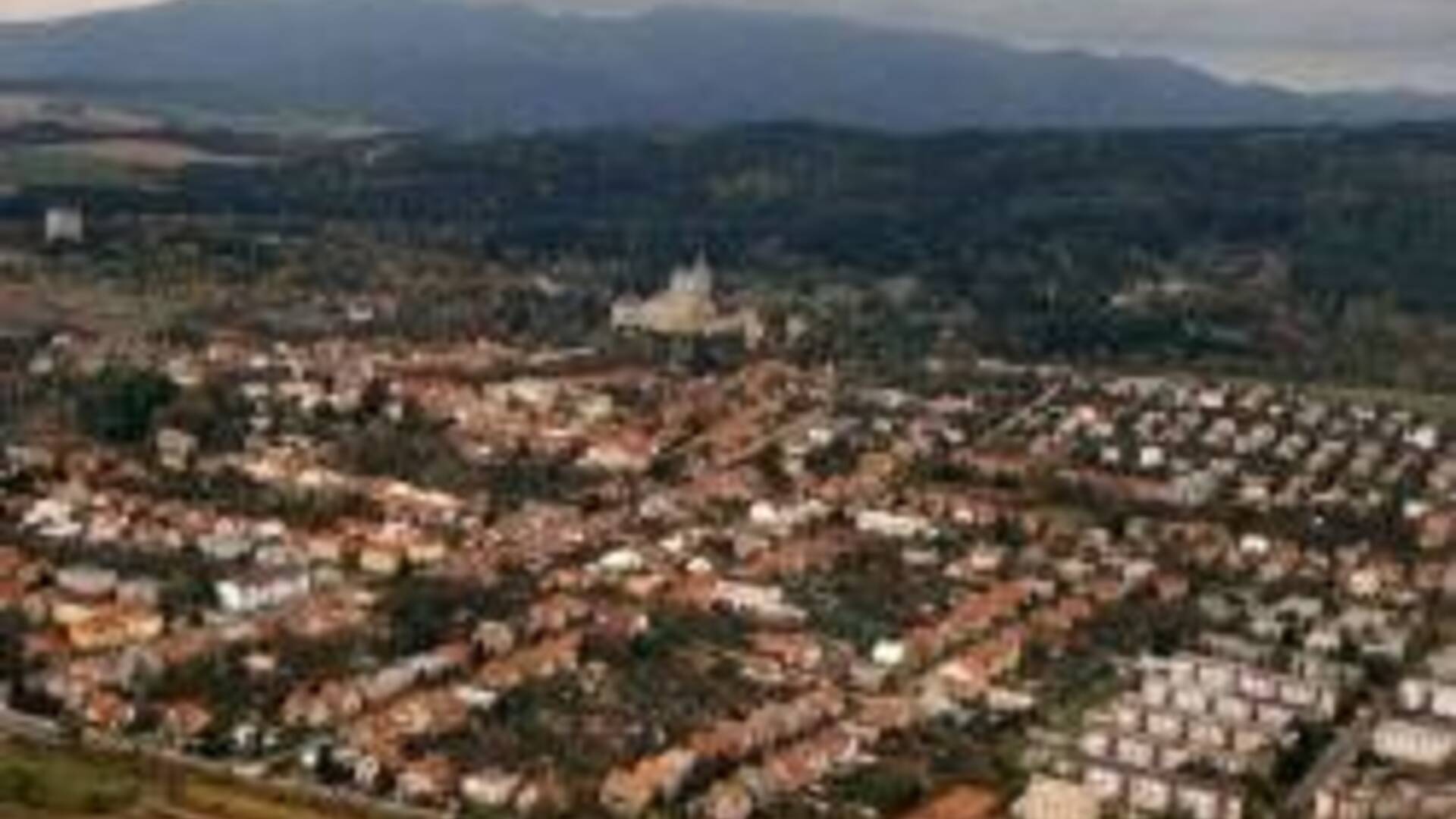 From the history of Bojnice

The area, which stretches in the middle of the Upper Nitra Basin at the foot of the Malá Magura Mountains, on the right bank of the Nitra River, has its oldest history - geological history written in stone script in rocks and fossils.

In the prehistoric period, in the places of today's vast meadows, fields and forests, the warm Paleogene sea warmed by the sun's rays, in which the bustling life of various aquatic organisms pulsed. The diversity of ancient life in today's territory of Bojnice is documented by fossilized parts of important animal groups, e.g. corals resembling stone flowers, ribbed shells or turrets. The dominant animals of the Tertiary sea were dieravas - numulites, having the shape of coins of various sizes, which are most often found around the city. With the findings of these fossils, 66 million years old, Bojnice belongs to the classic paleontological localities of Slovakia, well known beyond the borders of our country.

Other stone traces of life lead to the Quaternary - geological present. In an era that began 1.7 million years ago, many significant changes have taken place. The most important were the significant cooling and appearance of man. Finds of fossilized skeletal parts of mammoths, rhinos, bears, but also horses, deer, etc. from the vicinity of Bojnice they document that large mammals quickly found their place in the cold steppe environment. In the Quaternary period, thick springs in the Bojnice area formed thick layers of freshwater limestone - travertine, on which the town now lies.

Bojnice is one of the localities with the oldest Paleolithic settlement in Slovakia. According to the current state of knowledge, the first people in the town settled in the Riš - Würm ice age (about 100,000 years ago) on the site of today's castle.
Later settlement is known from the vicinity of the Prepoštská Cave. The Paleolithic man left behind a number of stone working tools - handles, scrapers, drills, points and a number of spikes from production.
No cultural groups directly followed the Middle Paleolithic settlement. Traces of Neolithic settlement and the Bronze Age are unclear. The Hallstatt settlement left its traces on the site of Bojnice's old town. Apparently, the people of the Púchov culture have already built a fortified settlement on the castle hill, which was later adapted by the Slavs. In addition to the common finds of Slavic pottery and iron objects, Bojnice artifacts also document taring. In the middle of the 9th century, Bojnice developed from a guard settlement into a castle estate - the center of military defense of citizens, administrative, commercial, production and religious life.

The history of the town is connected with Bojnice Castle. Already in the first written mention of Bojnice, in a document of the Zobor abbey from 1113, the Bojnice sub-castle "de suburbanis Baimoz ..." is mentioned, which made the castle the oldest historically documented architectural monument in Bojnice. The fortified fortified settlement stood in 1113 and there are data from the stone castle from 1302. It was also the center of religious life, because the church administration was settled in the royal castles and the castle parishes were established. In the Zobor charter from 1113 there is already a mention of the parish, but the church is not mentioned until 1244. The document also lists the healing springs.

The development of Bojnice was helped by gaining privileges. The privileges of the town to Bojnice were granted by King Louis I in 1366. In addition to the city freedoms, he confirmed the right to a slaughterhouse, mill, spa and later the right to fair. Privileges contributed to the development of crafts and trade, the importance of Bojnice in economic and political life was strengthened. The shelves acquired during the 14th - 18th centuries have been corrected throughout history by the nobles who owned the Bojnice estate. According to their favor or iniquity, the city prospered or declined.

Religious life also played an important role in the history of Bojnice. Church history began with the construction of the church and the creation of the castle parish in the 12th century at the latest. After the founding of new parishes around the town in the 14th century, the Nofriov family took care of strengthening the position of the Bojnice parish. During the Reformation, in the 16th and 17th centuries, after the convening of the Žilina Synod, from 1610 to 1638, Bojnice became the seat of superintendence. After acquiring the manor, the Pálfi family tried to re-Catholicize the inhabitants. As co-workers, he invited representatives of religious orders - Jesuits and Piarist after them.

Military conflicts in the 16th and 17th centuries brought much suffering to the people of Bojnice. The threat of Turkish danger and the status war required the city to be enriched with walls for better protection. The fortification work of Bojnice began under the Turzov family and continued under the Pálfi family, who built a system of stone fortifications instead of wooden palisades in 1663.
Decadent influences and devastations were only one aspect of city life. In the stages of economic progress, agriculture expanded and the growth of handicraft production and the expansion of trade were important. Their revival took place in the 17th century, when the postal and trade route from Vienna through Krakow to Transylvania led through Upper Nitra. From 1613 to 1823, Bojnice was one of the post offices. Traders from Vienna, Moravia and Silesia came to the Bojnice markets with salt, iron and precious metals. The saffron trade was also famous. At the request of Pavel Pálfi, Emperor Ferdinand III confirmed. Bojniceam in 1647 new privileges and orders. One of the main incomes of the city was the beer tap in the winter months. However, the right to use the forest has been limited.

With the expansion of the economy, a guild system in the city was organized. The first guild was formed by shoemakers in 1653. There were also other craftsmen in the town - masons, bootmakers, tailors, weavers, dyers, furriers, coopers, etc. Bojnice became one of the leading towns of Nitra County with the development of handicraft production, headed by an elected mayor and 12 senators. He was a permanent notary at the city council. The city had a bastard and in the square stood a pranier, a dereš and a city prison.

The later decline of the town and the lag in development was related to the decline in the level of handicraft production and the number of craftsmen after the increase in manufactories, which persisted even after the abolition of serfdom in 1848. Bojnice remained the economic, administrative and military center of Upper Nitra and the seat of the district until 1872.

Cities and villages Towns / Cities Area Ponitrie
Transport: By foot, By bike, By car, By bus
Parking: Free parking nearby