Places for trip Churches Sacral object Area Ponitrie
Menu
informations
contact
gallery
opening hours
tips on experience around
favorites
Comments (0)
interactive with map
share on
0 ratings
Early Gothic sanctuary of the church of St. Bartholomew confirms that it was created at the end of the 14th century. The patron saint of the church, parish and town was the apostle Bartholomew - the patron saint of tanners.
more informations 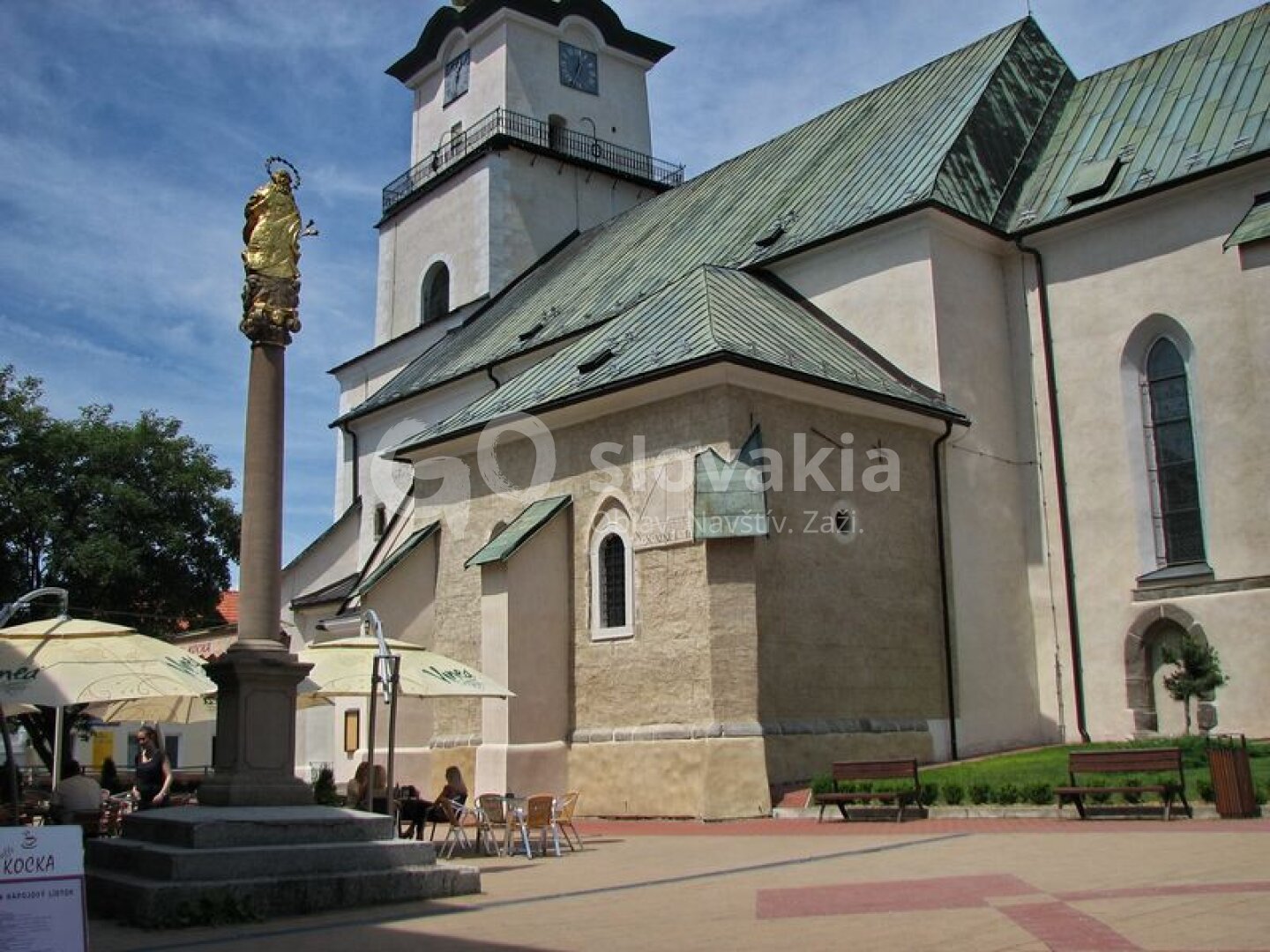 In 1678, the chickens destroyed the church equipment. During the fire, the roof collapsed and the tower was badly damaged. The church was repaired in 1698. During the repair, they left the original tower intact, only surrounding it with massive outer walls, which taper in 3 steps to the tower corridor under the clock. The nave of the church has undergone many changes. The two side chapels date from the 15th century. A gilded Gothic pacifical, a gilded Gothic chalice and a silver Gothic censer have been preserved from the original interior of the church. The most beautiful monument is the Jan Korvín monstrance, which is one of the first monstrances in our country. At the turn of the 18th and 19th centuries, the entrance from Necpal was walled up, currently there is the Holy Sepulchre. The new entrance was built from the south side, where a larger entrance space was created, which at the same time served as a residence for beggars, which is why it was named "beggar's house". At about the same time, the niche of the Passion was created next to it. From the corridor around the church tower, the herald announced the time, raised the spirits of the citizens, scared night rioters and reported a possible fire. The start of the service was announced by a bell. This ringing signaled the end of the day. Taverns were closed and couples caught after ringing this bell were considered violators of public morality. The messenger announced the arrival of each hour by singing a verse of a religious song to every side of the world, while warning the townspeople against careless handling of the fire. He ended his service by ringing the morning bell, which also signaled the beginning of the working day. There is a southern vertical sundial on the church and it is from 1662. It has a rectangular shape, the dial is divided by quarter hours from 6 o'clock in the morning to 6 o'clock in the evening. The numerals are Roman. The sign "FILIOLI, NOVISSIMA HORA!" MDCLXII" loosely translated means: Darlings the hour has struck, Sons the latest hour or a warning meaning Sons (your) last hour. In 1957, during the renovation of the church, external medieval frescoes from 1532 with biblical scenes from the original external decoration of the church, covered by later Renaissance ones, were discovered under the plaster. The time of creation of the overpainting is evidenced by the sundial chronogram. However, their condition did not allow for renovation, so they were covered with plaster. 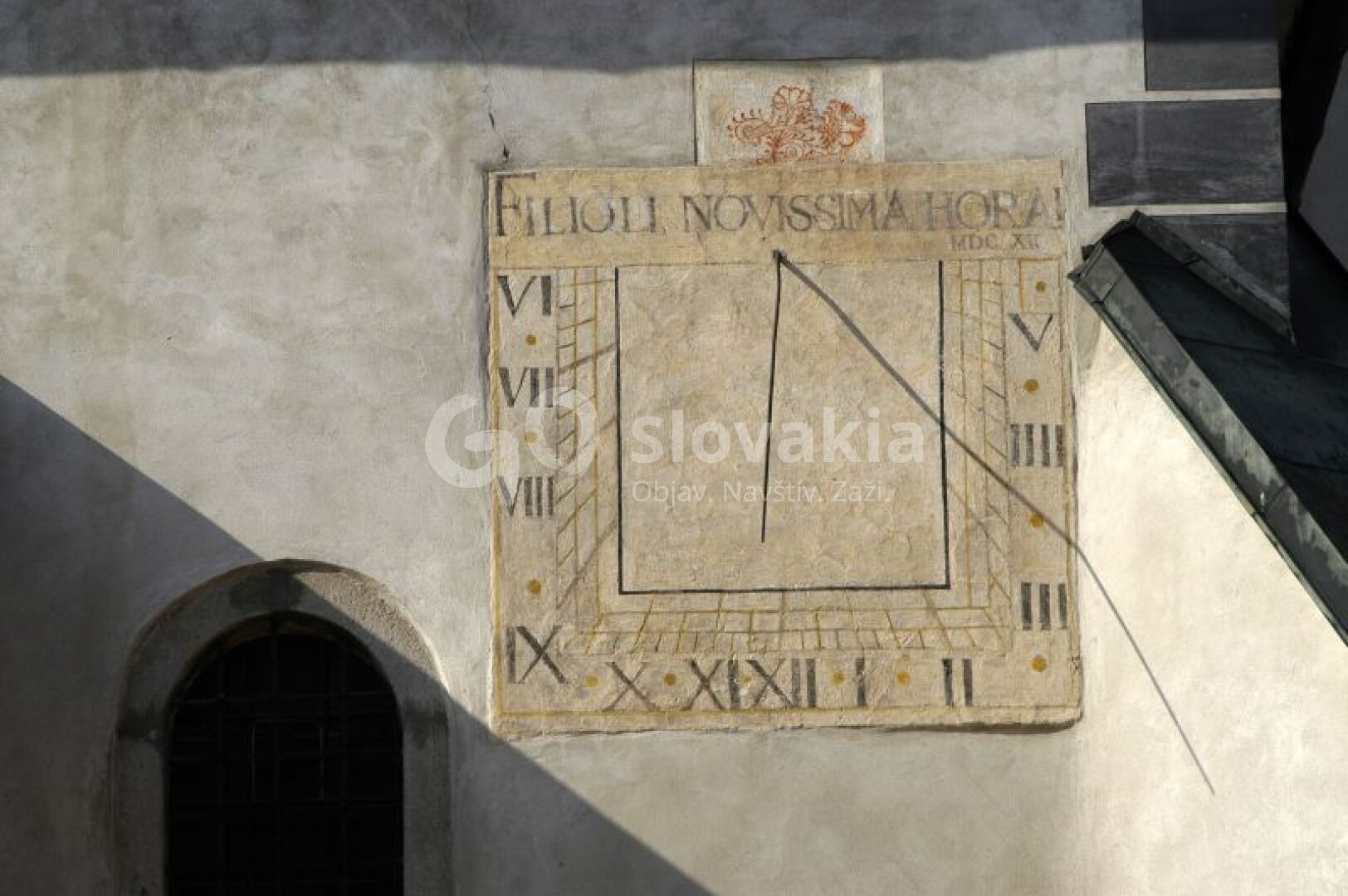